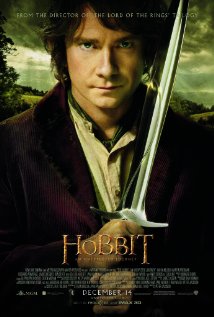 The hobbit adds even more depth to the already enormous world that was shown in the fantasy world of middle earth which was introduced to us in the trilogy of the lord of the rings. As a prequel to the earlier successful movies the hobbit had to lay a story down that would connect us to the characters that we have grown to love and stay true to the story's elements that make J.R.R Tolkien books a hard to put down because of the immersed story. Peter Jackson as most would expect, done a marvellous job keeping you on edge with the action and intrigued in the storyline. The Fantasy adventure carried you through the imagination of Tolkien and the transformation to the big screen was surreal, which only Peter Jackson could of managed with the attention to detail that helped make this movie a successful thumbs up for entertainment. The beginning of the movie felt that it took a long time to get to the adventure but with the extensive cast that needed to be introduced it is only expected, otherwise the viewers would of felt disconnected to the stars. This was remedied with light humour to mix with the drama that had to explain the plot and space out the action. All in all a great edition to the fantasy series a must watch for Tolkiens fans and those who are fans of adventure.