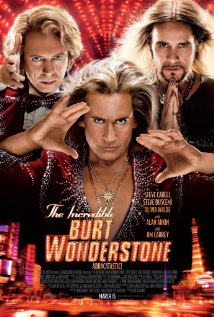 Sometimes a great cast seems to be doomed for a movie failure because the stars of the show try to shine brighter and demand more close-ups. But this movie is an exception the actors bounced of each other. They complimented each other by pushing you further and further into a out of control laughter. The humour seemed not to be scripted as if the director just told the comedians just be yourselves and do what you think will make the audience laugh. The movie felt as if a lot of it was improvised and not following any rules. All the cast had you entertained with a seriousness of true comedy, the only let down was the comedy build up seemed to fizzle fast at the end as if the director thought that's enough of being funny so we better soon roll the credits, and told the actors to wind it down because we don't want people to lose interest because its better to finish the movie on a high note. Or possibly they couldn't think of a better ending. So watch the movie and enjoy even if it means going on a toilet break during the last part of the movie which will force you to miss out on the ending.