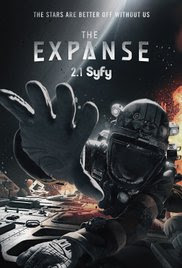 Expanse a Sci-fi series that tells the story of a police detective who is part of an asteroid belt colony, the first officer of an interplanetary ice freighter and an earth-bound United Nations executive  discovers a vast conspiracy that threatens war among the people of the different regions. Politics collide where the peace humankind is compromised by greed and power. Civilisation is in the hands hands of a group of infamous wanderers who seem to be the only few standing in the way of the conspirators. A watch or play two thumbs up for a deep story good acting and immersive sci-fi series that keeps you wanting more.